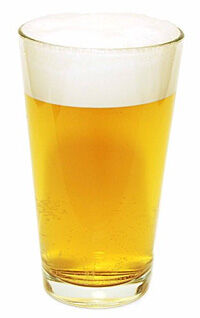 Blonde ales, also known as golden ales, are very pale in color. The term "blonde" for pale beers is common in Europe and South America - particularly in France, Belgium, the UK, and Brazil - though the beers may not have much in common, other than color. Blondes tend to be clear, crisp, and dry, with low-to-medium bitterness and aroma from hops, and some sweetness from malt. Fruitiness from esters may be perceived. A lighter body from higher carbonation may be noticed.

A typical blonde ale has an appearance and profile similar to that of a pale lager. Malt character is subdued and the hop profile ranges from spicy to citrus; common hops include Styrian Golding and Cascade. Alcohol is in the 4% to 5% ABV range.