Pacific Plate Brewing Company is a nanobrewery located in Monrovia, CA. It was founded in 2012. 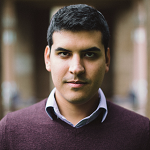