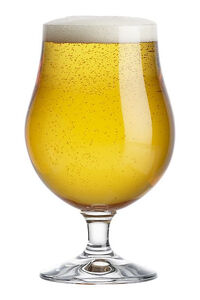 Saison, also called farmhouse ale, is a pale ale that is typically between 6% and 8% ABV, highly carbonated, spicy, and fruity.

Saison began as a beer brewed in Belgium farmhouses during the cooler, less active months and stored for drinking in the summer months. These original farmhouse beers are thought to have had a lower ABV than modern saisons, around 3% to 3.5% ABV, rising in the early 20th century to between 4.5% and 6.5% ABV. They were served during the summer to farm workers who were entitled to up to five liters each workday.

Historically, saisons did not share enough identifiable characteristics to justify them as a specific style, but rather were a group of refreshing summer ales made by farmers, each of whom would brew his own distinctive version. In recent times, there has been a rise in interest in the style, with Saison Dupont being named the "Best Beer in the World" in 2005 by Men's Journal.

The type of malt determines the color of the saison, and although most saisons are of a hazy, golden color as a result of the grain being mostly pale or pilsner malt, the use of darker malts results in some saisons being reddish or amber. Some recipes also use wheat, and spices, such as orange zest, coriander, and ginger may be used. Some spice character may come through due to the production of esters during fermentation at warm temperatures. Modern examples brewed in the US tend to copy the yeast used by the Dupont Brewery, which ferments better at warmer temperatures, 29 to 35 °C (84 to 95 °F), rather than the standard 18 to 24 °C (64 to 75 °F) used to brew other Belgian ales.