Founded on a typically foggy San Francisco summer in 1997, Forest Gray and his team were inspired to bring their unique and exceptional beers from the underground to the masses. Speakeasy Ales & Lagers started with the focus of producing small batches of beer in a secret warehouse in San Francisco’s long forgotten Butchertown District.

From the brewery’s humble beginnings delivering hand-filled kegs out of the back of a van, the company now boasts more than 30 distributors across the West Coast and major metropolitan markets across the country.

In 2011 ushered in a new era in the brewery’s history, featuring the launch of multiple new beers and the opening of The Speakeasy Tap Room.

From only four employees to over 40 in 2015, Speakeasy has grown by leaps and bounds. 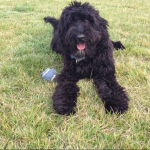