Yeasts are a growth form of eukaryotic microorganisms classified in the kingdom Fungi, with about 1,500 species currently described; they dominate fungal diversity in the oceans. Most reproduce asexually by budding, although a few do by binary fission. Yeasts are unicellular, although some species with yeast forms may become multicellular through the formation of a string of connected budding cells known as pseudohyphae, or false hyphae as seen in most molds. Yeast size can vary greatly depending on the species, typically measuring 3–4 µm in diameter, although some yeasts can reach over 40 µm.

The yeast species Saccharomyces cerevisiae has been used in baking and fermenting alcoholic beverages for thousands of years. It is also extremely important as a model organism in modern cell biology research, and is the most thoroughly researched eukaryotic microorganism. Researchers have used it to gather information into the biology of the eukaryotic cell and ultimately human biology. Other species of yeast, such as Candida albicans, are opportunistic pathogens and can cause infection in humans. Yeasts have recently been used to generate electricity in microbial fuel cells, and produce ethanol for the biofuel industry.

Yeasts do not form a specific taxonomic or phylogenetic grouping. At present it is estimated that only 1% of all yeast species have been described. The term "yeast" is often taken as a synonym for S. cerevisiae, however the phylogenetic diversity of yeasts is shown by their placement in both divisions Ascomycota and Basidiomycota. The budding yeasts ("true yeasts") are classified in the order Saccharomycetales'.

The word "yeast" comes from the Old English language "gist", "gyst", and ultimately from the Indo-European root "yes-", meaning boil, foam, or bubble. Yeast microbes are probably one of the earliest domesticated organisms. People have used yeast for fermentation and baking throughout history. Archaeologists digging in Egyptian ruins found early grinding stones and baking chambers for yeasted bread, as well as drawings of 4,000-year-old bakeries and breweries. In 1680 the Dutch naturalist Antoine van Leeuwenhoek first microscopically observed yeast, but at the time did not consider them to be living organisms but rather globular structures. In 1857 French microbiologist Louis Pasteur proved in the paper "Mémoire sur la fermentation alcoolique" that alcoholic fermentation was conducted by living yeasts and not by a chemical catalyst. Pasteur showed that by bubbling oxygen into the yeast broth, cell growth could be increased, but the fermentation inhibited - an observation later called the Pasteur effect.

In the United States, naturally occurring airborne yeasts were used almost exclusively until commercial yeast was marketed at the Centennial Exposition in 1876 in Philadelphia, where Charles L. Fleischmann exhibited the product and a process to use it, as well as serving the resultant baked bread.

For both types, yeast is fully distributed through the beer while it is fermenting, and both equally flocculate (clump together and precipitate to the bottom of the vessel) when it is finished. By no means do all top-fermenting yeasts demonstrate this behavior, but it features strongly in many English ale yeasts which may also exhibit chain forming (the failure of budded cells to break from the mother cell) which is technically different from true flocculation.

Lambic, a style of Belgian beer, is fermented spontaneously by wild yeasts primarily of the genus Brettanomyces.

In industrial brewing, to ensure purity of strain, a 'clean' sample of the yeast is stored refrigerated in a laboratory. After a certain number of fermentation cycles, a full scale propagation is produced from this laboratory sample. Typically, it is grown up in about three or four stages using sterile brewing wort and oxygen.

Ale yeasts ferment at warmer temperatures between 60-68°F (15-20°C), and occasionally as high as 75°F (24°C). Pure ale yeasts form a foam on the surface of the fermenting beer, because of this they are often referred to as top-fermenting yeast—though there are some British ale yeast strains that settle at the bottom. Ales are generally ready to drink within three weeks after the beginning of fermentation, however, some styles benefit from additional aging for several months or years. Ales range in color from very pale to black opaque. England is best known for its variety of ales. Ale yeasts can be harvested from the primary fermenter, and stored in the refrigerator.

While the nature of yeast was not fully understood until Emil Hansen of the Carlsberg brewery in Denmark isolated a single yeast cell in the 1800s, brewers in Bavaria had for centuries been selecting these cold-fermenting lager yeasts by storing (lagern) their beers in cold alpine caves. The process of natural selection meant that the wild yeasts that were most cold tolerant would be the ones that would remain actively fermenting in the beer that was stored in the caves. Some of these Bavarian yeasts were stolen and brought back to the Carlsberg brewery around the time that Hansen did his famous work.

Lager yeast tends to collect at the bottom of the fermenter and is often referred to as bottom-fermenting yeast. Lager is fermented at much lower temperatures, around 50°F (10°C), compared to typical ale fermentation temperatures of 65°F (18°C). It is then stored for 30 days or longer close to freezing point. During storage, the beer mellows and flavors become smoother. Sulfur components developed during fermentation dissipate. The popularity of lager was a major factor that led to the rapid introduction of refrigeration in the early 1900s.

Today, lagers represent the vast majority of beers produced, the most famous being a light lager called Pilsner which originated in Pilsen, Czech Republic (Plzeň in Czech). It is a common misconception that all lagers are light in color—lagers can range from very light to deep black, just like ales.

These beers are nowadays primarily only brewed around Brussels, Belgium. They are fermented by means of wild yeast strains that live in a part of the Zenne river which flows through Brussels. These beers are also called Lambic beers. However, with the advent of yeast banks and the National Collection of Yeast Cultures, brewing these beers, although not through spontaneous fermentation, is possible anywhere. 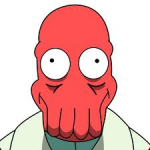